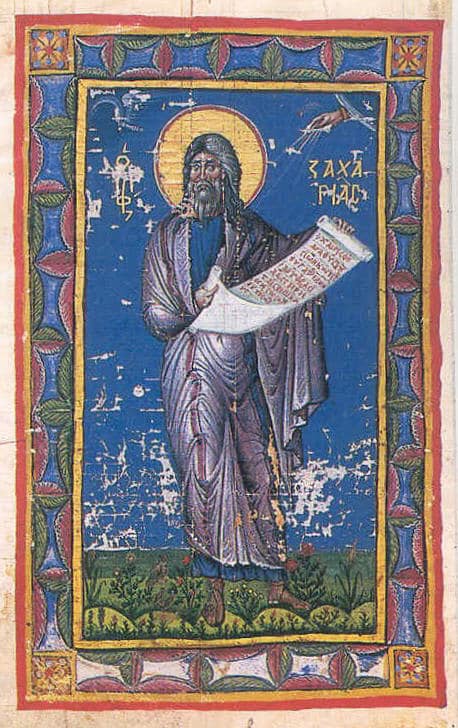 The Holy Prophet Haggai. whose Feast is today, December 16th, was the tenth of the Twelve Minor Prophets. Little of his personal history is known to us. What we do know is that Haggai was of the Tribe of Levi and he prophesied during the times of the Persian emperor Darius Hystaspis (prior to 500 BC). Haggai was concerned for the authentic worship of God, especially need for the purity of Temple worship and promised the people that God would bless His people with fruitfulness and prosperity, overthrow the Gentiles. Upon the return of the Jews from the Babylonian Captivity, he persuaded the people to build the Second Temple at Jerusalem, and he proclaimed that the Messiah would appear in this Temple in the last times.

Some scholars say that Haggai was buried with the priests at Jerusalem, since he was descended from Aaron.

The Kontakion for this holy prophet reads:

Enlightened by the Spirit, your pure heart became the dwelling place of most splendid prophecy; for you saw things far off as if they were near. Therefore, we honor you, blessed and glorious Prophet Haggai.