Conception by St Ann or the Maternity of St Ann 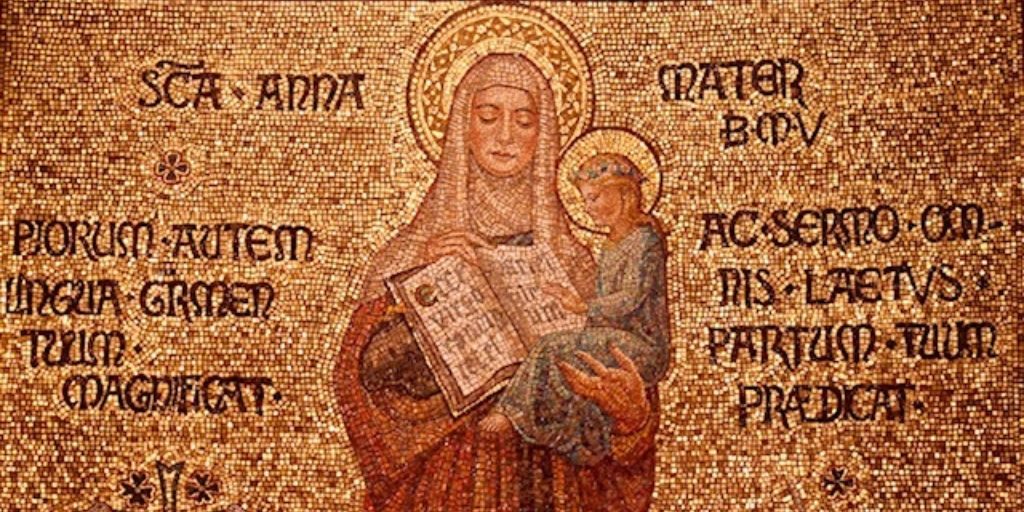 Save us, O Son of God, Who art wondrous in the Saints, who sing to Thee: Alleluia!

Today’s feast keeps in mind that Jesus’ mother, Mary, was given life by Ann and Joachim. History tells that Ann was the youngest daughter of the priest Nathan from Bethlehem who descended from the tribe of Levi. She married Saint Joachim (September 9), who was a Galilean.

Tradition tells us that Ann and Joachim were child’s for 20 years and for 20 years prayed for the grace of a child. Like the prayers of the Prophetess Hannah for a child (whose feast we also celebrate today), God heard the prayer of Ann and blessed her with a daughter who would change history forever, and definitively.

There is a difference in what is taught by the Latin Church and the Eastern Churches (Catholic and Orthodox). While this not the place to expound on who is correct and who is incorrect, let be said that what is propagated by some is not what the Church teaches formally teaches (East and West). Melkites accept and believe in the teaching that Mary, the Mother of God was preserved from the consequences of ancestral sin (death, corruption, sin, etc.) at the moment of her conception by virtue of the future merits of Her Son. Hence, the Latin Church calls the feast the Immaculate Conception and celebrates the feast on December 8 (as do several Byzantine Catholic jurisdictions like the Ukrainians), there are Eastern Churches like the Melkites who celebrate the feast on December 9 with the feast of the Maternity of Ann.

People love to accent the differences between Latin and Byzantine theology and liturgical praxis trying to find meaning; sometime emphasis can be strained thus causing strife where it doesn’t need to be. The authoritative teaching of the Catholic Church speaks to the differing emphases and expressions of the Truth by thinking differences as mutually complimentary rather than antagonistic.

What Eastern Catholics offer the Church is the theology that the conception by St Ann of Mary the holy Theotokos was therefore not the subject of controversy in the East, as it was for many centuries in the West (recall that the Dominican St Thomas Aquinas didn’t accept the teaching of the Immaculate Conception; what is taught today is the theological idea of the Franciscan Blessed John Duns Scotus), and so the feast did not acquire this special emphasis.

What we forget is that Jesus, Our Lord and Savior, had a human mother and grandparents.

With the Church we pray:

Today the world keeps festival at Anna’s conceiving, wrought by God; for she bore her who inexpressibly conceived the Word of God. (Kontakion)

Let us be united in prayer for the grace of seeking a deeper communion with the Lord through the intercession of the saints.