The Melkite Church is a Church of apostolic origins, meaning that one of the Twelve Apostles founded the Church. We profess being “one, holy, catholic and apostolic.” In fact, the Church was established in Antioch (Syria). The city of Antioch ceased to exist around 600 CE; it was an ancient capital in Syria, a significant commercial and cultural center. It is in Antioch that Saint Peter served as the first bishop before he moved to Rome to found the Church there.

Historically, the Church in Antioch is the place where in sacred Scripture it is revealed that the followers of Jesus Christ, for the first time recorded history, were called “Christians” (Acts 11:26).

The Catholic Church is a communion of churches. One part, one family of this communion is called Byzantine because it adheres to the theology, spirituality, ascetic and liturgical customs of the ancient Byzantine Empire –the eastern part of the Roman empire– that is Greek in origin. The Byzantine church has 17 sui iuris Byzantine Rite Churches. 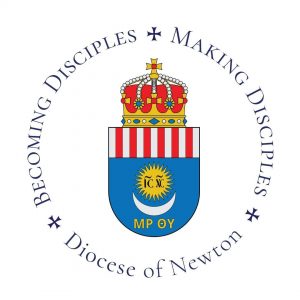 The Eparchy of Newton is made up of many dynamic people in:

The Melkite Church in the USA is currently served by Bishop François Beyrouti.

Our place in the Catholic Church as Melkites, is to witness to Christ as Lord and Savior through a rich history and a hope for TODAY with a dynamic hope for the future. Through her lay faithful, nuns, monks, deacons, priests and bishops the Catholic faith is lived and loved with certainty in Divine Revelation, in the beauty and power of her liturgical tradition and in her adherence to the Lord, that is, in friendship with Him who gives us salvation. This is the major mission of the Melkite Church: to witness to Christ crucified and risen; to be his disciples,  to “seek the things that are above, where Christ is, not things that are on earth”, (cf. Col 3:1-2); embrac[ing] life with the vastness of God’s heart, who do not yield to earthly satisfactions, who are not content with things as they are, but always aiming heavenward; a people who live in Paschal hope (paraphrase from Pope Francis to the Melkite Synod, 12 February 2018).

One can also identify two minor missions is (A) to be a “voice for the East within the Western Church,” “express[ing] the universality of the Catholic Church” and, (B) to demonstrate the commitment to the search for the unity of all Christ’s disciples is an urgent obligation which stems from the ardent desire of the Lord himself. We must therefore do our utmost to break down the walls of division and distrust that prevent us from achieving full, visible communion with the Orthodox and hopefully with other Christians. Nevertheless, we cannot lose sight of the fact that the quest for Christian unity is a task that concerns not only a particular Church, but the entire Church, with respect for her nature” (Benedict XVI, 8 May 2008).

Nothing is more relevant than facts and we ought to make a sincere effort to know our history. For one, God reveals Himself in human history which we theologically call the Incarnation –when the Eternal Word of God became man, that is, the birth of the Savior, Jesus of Nazareth. So, too, God reveals His face through the life of His Mystery (sacrament) on Earth, the Church. Deacon Thomas A. Moses gives us a brief overview of the Melkite in an essay, “An Introduction: We are the Melkite Greek Catholics?”  It is also worth noting that you can find here a flyer giving the significant events of Melkite history.

In brief, what is a Melkite Catholic?

Video presentations on the Melkite Church