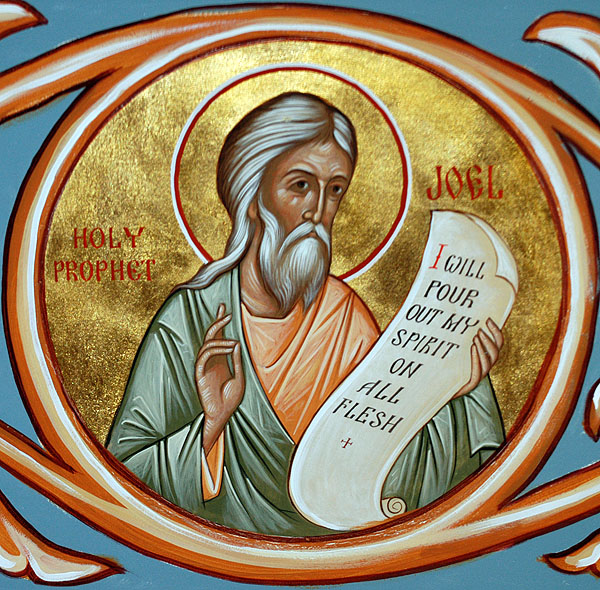 We celebrate the memory / of Your prophet Joel, O Lord; / through him we entreat You, / save our souls. (troparion)

Today, the Byzantine Church commemorates the holy prophet Joel. He lived in the 9th century B.C. and predicted the desolation of Jerusalem AND he who announced the great day of the Lord and the mysterious pouring out of the Spirit on all flesh, which the divine majesty in Christ deemed fit to fulfill marvelously on the day of Pentecost (Joel 2:28-32). The meaning of the name Joel is “Lord is God.” So, the words of Joel are very important to Christians as he predicted the coming of the Savior, the Anointed –the Messiah of the world.

One last point on this matter of Joel pointing to the Messiah: scholars and hymn writers believe that Joel speaks of the Incarnation –God becoming man.

Saint Joel is consider to be one of the 12 minor prophets in the Bible. The other 11 prophets whose books are listed in the Bible: Hosea, Amos, Obadiah, Jonah, Micah, Nahum, Habakkuk, Zephaniah, Haggai, Zechariah, and Malachi.