Death of the Holy Apostle John 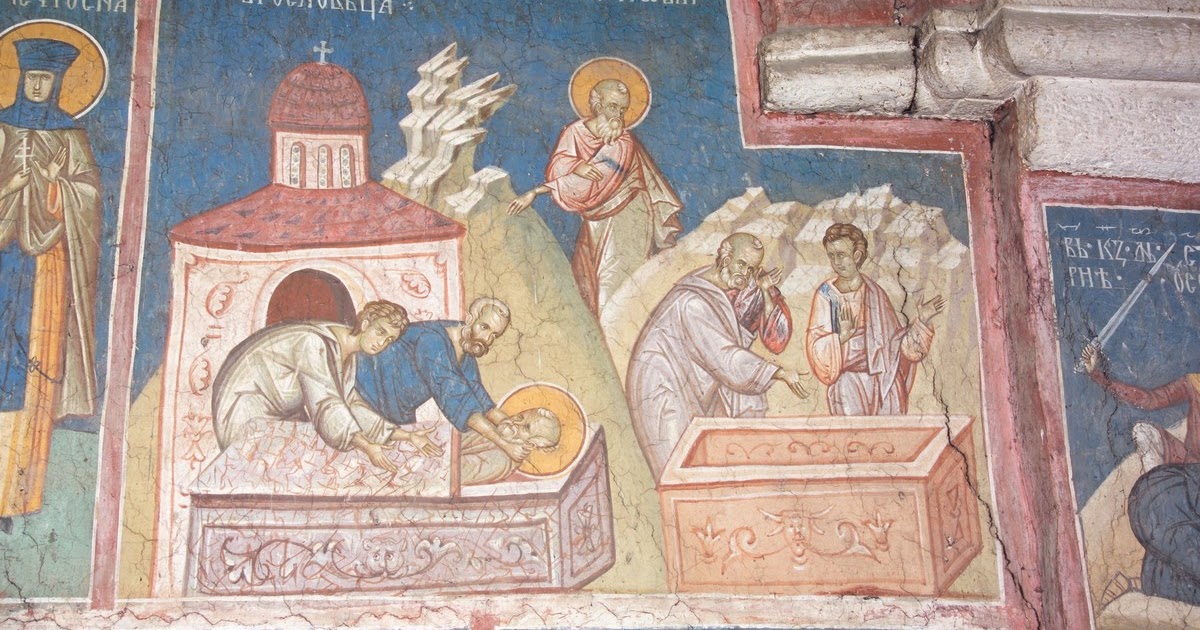 Today we recall the death of the Holy Apostle and Evangelist John, the Beloved Disciple. As a point of comparison, the Latin Catholic Church and other Western Christian ecclesial communities honor John’s death on December 27.

John was one of the “sons of thunder”. This thunder resounds throughout his gospel with an eloquence that sets it apart; It also accounts for his title Theologian, one who spoke the word of God.

The troparion mentions but one of the deeds that distinguish his relationship to Christ. His closeness to the master was matched only by Peter’s at whose side he appears for the major events in the gospel: the transfiguration, the vigil in Gethsemani, the resurrection.

John preached in Jerusalem and Samaria, and was banished to the isle of Patmos. Later, in old age, he returned to Ephesus where he made a home for the Theotokos. An ancient church marked the place until its destruction in World War I.

Tradition holds that John died —in his 90s—during the reign of Trajan, a full century after the birth of Christ. The exact dates of John’s birth and death are unknown.

Artistically, Saint John is represented by the eagle, a symbol of the lofty and beauty of the heights of his theological thought read in his gospel and other biblical writings. We also add to his name the appellation “Theologian” because he is known as the seer of the mysterious judgments of God. (NS edited)