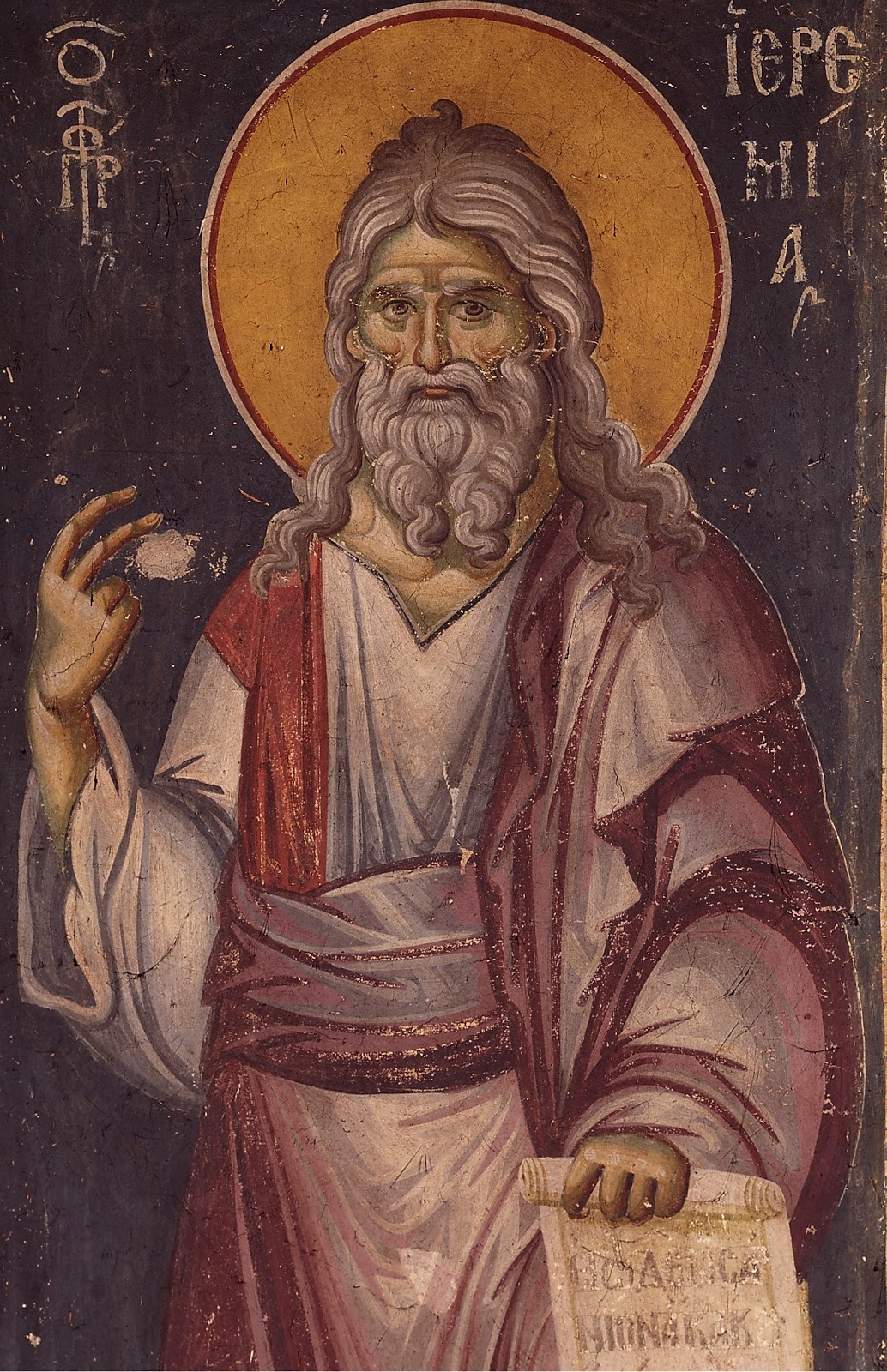 Knowledge of sacred Scripture will remind us that the Prophet Jeremiah is one of the major prophets of the Bible. Jeremiah lived in-between the 7th and 6th centuries before Christ—thus making him a contemporary of Solon (the Athenian lawgiver).

We speak of prophets receiving his call from God. In Jeremiah’s case, the prophetic calling happened in a time of promise: the reign of the godly king Josiah, during which a lost book of Moses, known as Deuteronomy, was re-discovered, springing a movement of spiritual renewal awakened among the Hebrew people. But with the king’s death came the people’s despair.

Historians tell us that Jeremiah’s generation experienced radical change in the life of the Chosen Nation: the holy city of Jerusalem is conquered and the people wander in exile. It is Jeremiah who relates to us in the book that bearers his name and fittingly described with the word “Lamentations” and the Jeremiah becomes the “weeping prophet.”

One of the things I found out from Christopher H. Zakian was that Jeremiah’s experience among the Hebrew people had direct correlation in faith and life for the Armenian Christians as St. Gregory of Narek, who borrowed the title “Lamentations” for his own masterpiece of mystical poetry. As Zakian said, “The similarities between the travails of Jeremiah’s time and the experiences of our own people hardly need to be enumerated.The more important similarity, of course, is the spirit of hope, grounded in a loving, fatherly God, which allows people to endure, overcome, and live on—whether in the 6th century B.C., the 20th century A.D., or today.”

As the witness of Jeremiah gave hope to the Jewish nation he gives a witness of hope for Christians today. Our era of faith is riddled with ecclesial and secular problems but we know the truth and we have hope the promises Jesus made are not too good to be true.