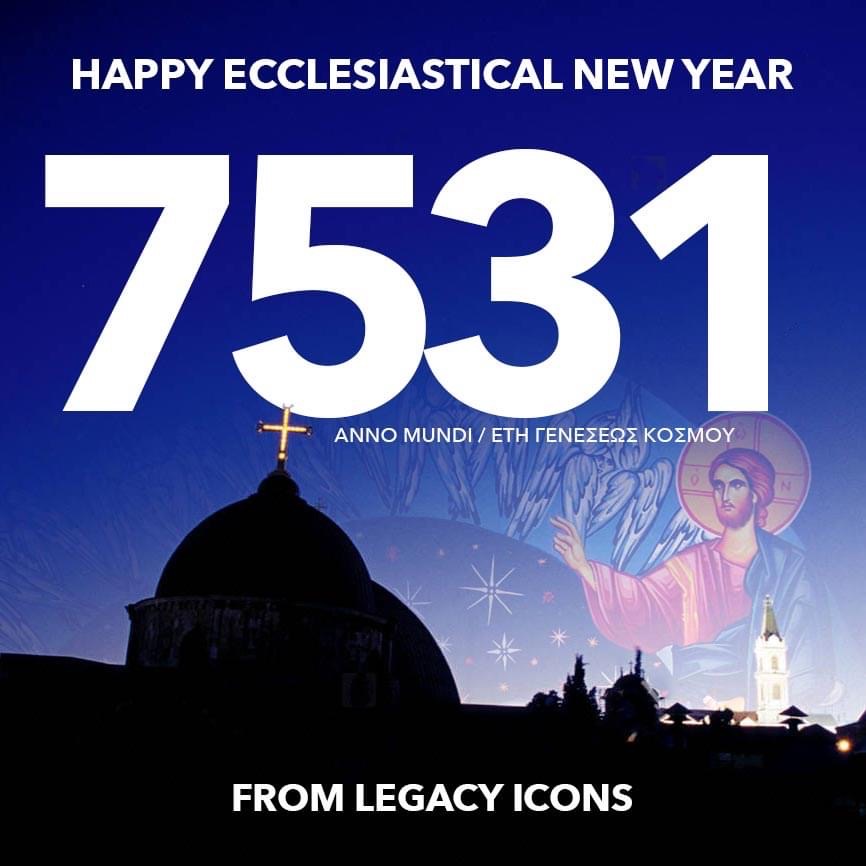 September 1 is the New Year for the Greek Church; the Latin begin their new liturgical year on the first Sunday of Advent. Today, is also designated the Day of Prayer for the Protection of the Environment –an observance of many of the mainline Christians. More on this day of prayer in another post.

The point for today is to place our trust and dependance on the Lord of Life. As Christians we deeply realize that we don’t make ourselves, that someone greater than ourselves sustains and directs our being in faith, hope, love and reason. That’s God made us, we are His, and we live in relation to Him.

Together with the Church we pray:

“Maker of the universe, O Lord who alone have power over seasons and times: bless this year with your bounty, preserve our country in safety and keep your people in peace, through the prayers of the Mother of God save us.” (Troparion)

O Creator and Master of time and eternity, super substantial od of all, O Merciful One: bless the course of this year, and in your boundless mercy, save all those who worship You our one and on Master and who cry out to You in fear: “O Savior, grant a happy year to all mankind.” (Kondakion)

We call this the “Church” New Year, but it was, of course, the civil New Year of the Byzanrine Emperor. The book, “Mapping Time, “ by E. G. Richards, says, “In AD 312 Constantine had instituted a 15-year cycle of indications (censuses of people’s ability to pay taxes). These started on 1 September …. The Byzantine year started on 1 September and this system was used by the supreme tribunal of the Holy Roman Empire until it was abolished by Napoleon in 1806.” The ancient Roman Empire began the year on January 1, and therefore September was the seventh month (from the Latin word for seven, “septem”). Of course, it is now the ninth month (!) Because of the interpolation of July (for Julius Caesar) and August (for August Caesar). Many seriously advocate making September 1 the New Year again, because, after all, this is the beginning of the school year and fall programs. It would also enable people to get home on dry roads rather than on snow and ice. In any case, the gospel today has the blessing of our Lord on the New Year, ““The Spirit of the Lord is upon me, because he has anointed me to bring glad tidings to the poor. He has sent me to proclaim liberty to captives and recovery of sight to the blind, to let the oppressed go free, and to proclaim a year acceptable to the Lord. (Luke 4:18-19)”