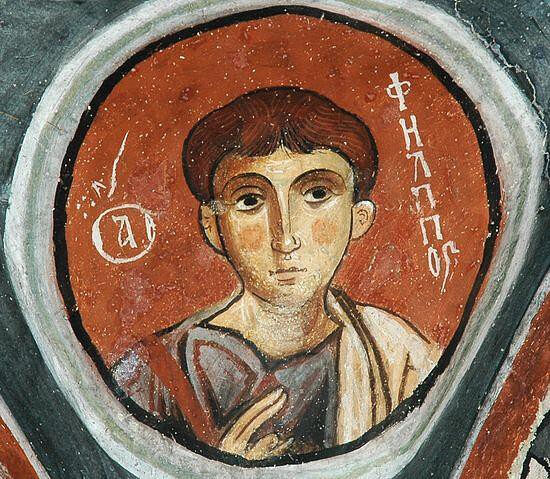 The holy apostle, Philip, one of the first seven deacons.

This Philip came from Caesarea in Palestine. We have a portrait of him from the Acts of the Apostles. While he was chosen as one of the first seven deacons, he quickly expanded his ministry and began preaching in Samaria. His conversion of the magician Simon is one of the more colorful episodes in Acts, and his special mission to the Ethiopian official on the road to Gaza is another memorable event. He is last mentioned in the New Testament as living in Caesarea with his four daughters. St Luke tells us that they were prophets, and he calls Philip an evangelist. Luke and Paul stayed with them on their final journey to Jerusalem. Tradition holds that Philip died as bishop of Tralles in Lydia, in what is now western Turkey. (NS)