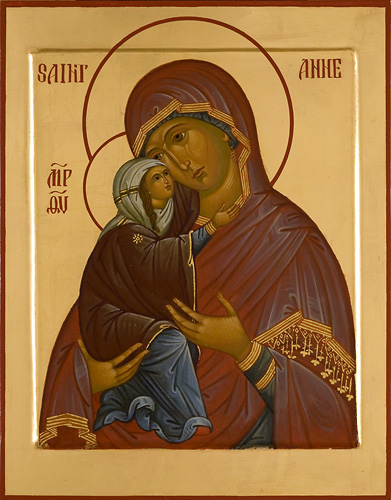 Today, the Church venerates the conception of the Theotokos by the holy Anna.

“Today the world rejoices in the conception of Anna, wrought by God. For she bore the One who beyond comprehension conceived the Logos.” (Kontakion)

This feast compliments the feast of the conception of John the Baptist, and originated in Palestine. In the ninth century it came to the West from Constantinople by way of the Byzantine provinces of Sicily and Calabria.

On the Roman calendar, this observance was moved to December 8, and came to be called the Immaculate Conception. The subject of this feast also became the source of much theological speculation in the Roman Church, culminating in a papal decree of dogma in 1854. (NS)