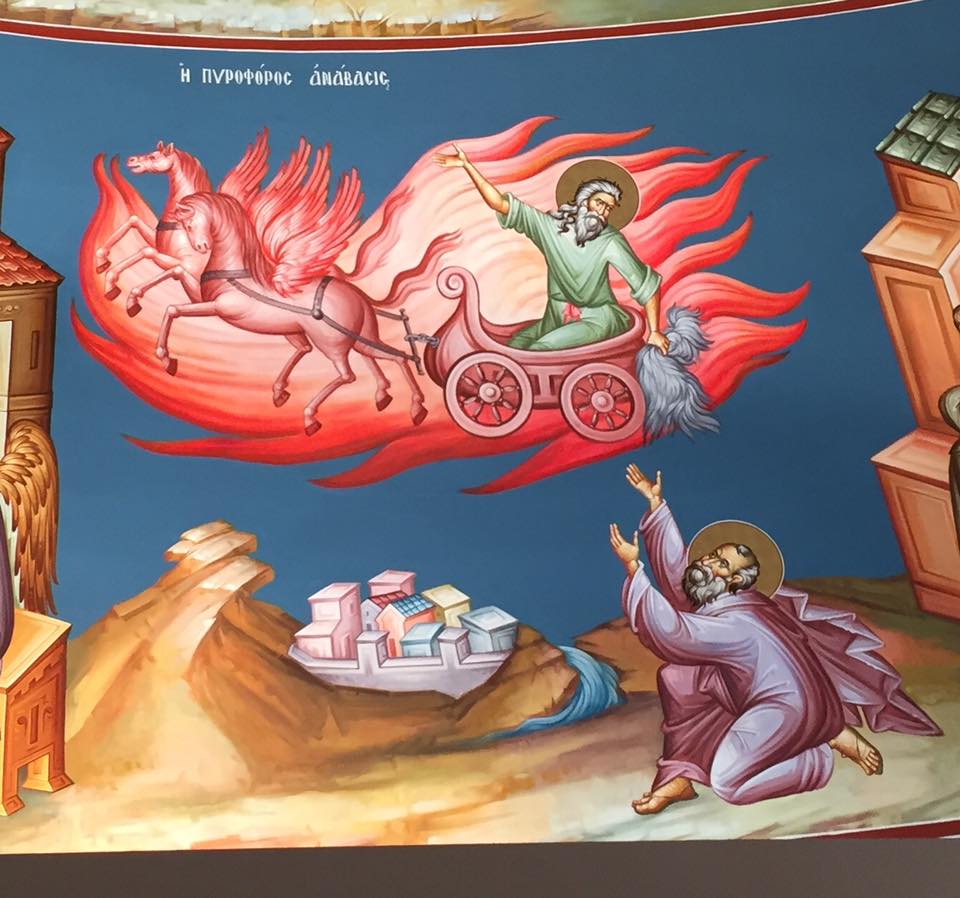 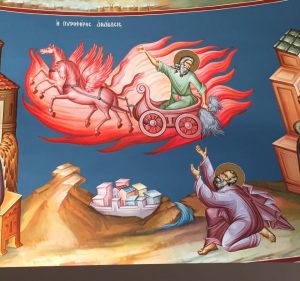 Today we recall the memory of the Holy Prophet Elijah. Remember to get your car blessed today through the intercession of St Elijah!

An angel in the flesh and the cornerstone of the prophets, the second forerunner of the coming of Christ, Glorious Elijah sent grace from on high to Elisha, to dispel diseases and to cleanse lepers. Therefore, he pours forth healings on those who honor him. (Troparion)

Elijah was a prophet of the northern kingdom of Israel during the 9th century reign of Ahab and his consort Jezebel. The first book of Kings records the prophet’s fight against the ingratitude and apostasy of the chosen people, a battle colorfully portrayed in Elijah’s contest with the priests of Baal.

Later Judaic tradition came to regard Elijah’s fiery departure as a prophetic sign in itself, and his return was awaited as the herald of the Messianic age. Thus in the New Testament, both John the Baptist and Christ were mistakenly thought to be the reappearance of Elijah. However, at Christ’s transfiguration, Elijah does make his second appearance in fulfillment of this ancient expectation.

Elijah is one of the most dramatic and inspiring of the Old Testament prophets. His many feats of power over the elements of fire and water made him a popular saint in the oldest folk traditions of the Middle East and Russia. The Church remembers the prophet as a prototype of Christ, and events from his life are read on the feasts of Pascha, Theophany, and the Transfiguration. (NS)

O Lord, grant us the grace you sent to your great-prophet Elijah and fill us with faith in your Gospel, with hope for your life and with love for you and all your people whom you have brought forth into life, that with him, we may lifted up with him and see your glory.