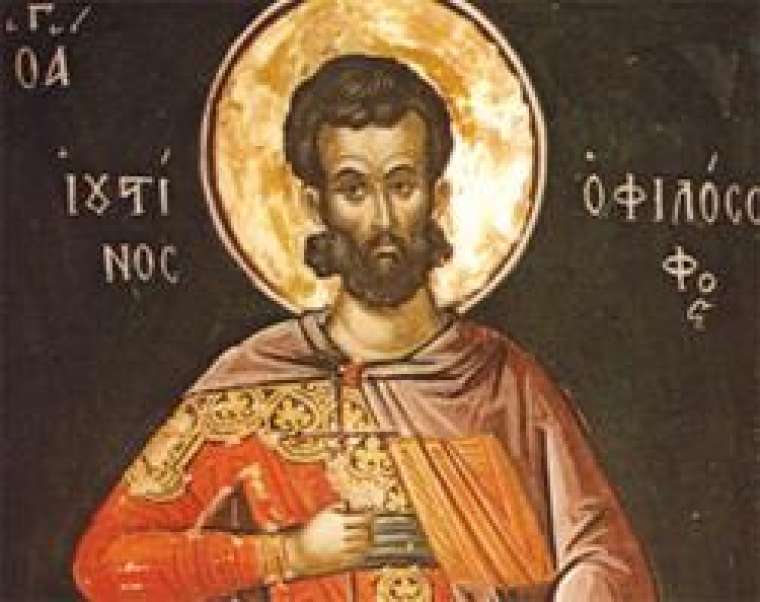 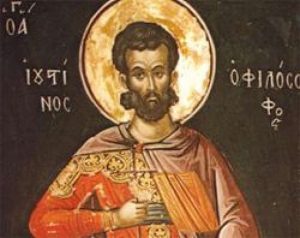 Today the Church commemorates the holy martyr, Justin, the philosopher, and his companions. We often just say, Justin Martyr.

Justin (AD 100-160) was born in Samaria of pagan Greek parents. He studied various classical philosophies, traveling to many countries in his search for knowledge. On one of his journeys, he met a very old man who suggested that Justin pray to God for the gift of true knowledge. Inspired by the old man, Justin turned to study the scriptures and became a Christian. He felt compelled to explain Christianity to everyone he could, “lest we incur the guilt and punishment of those who have sinned through ignorance.” Still wearing the clothes of a philosopher, Justin came to Rome, where he debated publicly with a Cynic called Crescens. He proved that Crescens was not only ignorant but willfully represented the truth as well. Crescens was full of hatred and sought revenge. (NS)