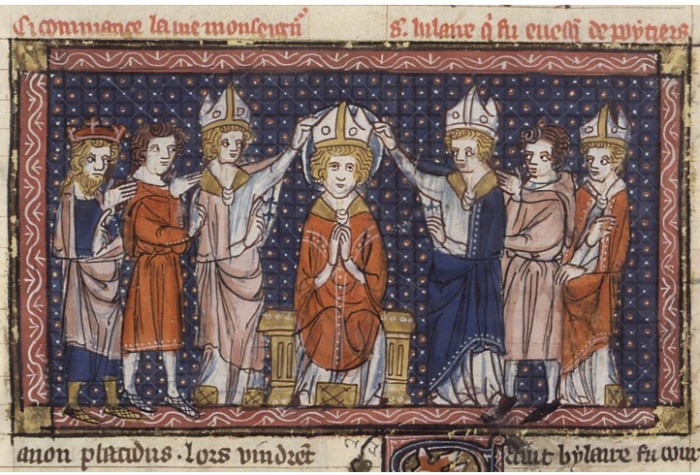 Our father among the saints, Hilary, bishop of Poitiers, confessor. Eighth day of the feast of Theophany.

After his conversion to Christianity in his mid thirties, he was elected bishop of his city in recognition of his erudition. He became the foremost opponent of Arianism in the West. He boldly wrote to the emperor Constantius II and criticized his support for them. The emperor’s reply in 356 was to banish Hilary from his native Gaul to Phrygia in Asia Minor. There he busied himself studying Greek theological works and writing his own, which included scriptural commentaries and his major work “On the Trinity”. The local Arians considered him a threat and managed to have him sent west again.

Hilary was a diligent pastor, even in exile, where he kept up correspondence with his diocese. When he returned he introduced the type of hymnography he had admired in the east.

He died in 367, leaving behind a reputation for cheerfulness and openness, even in the trials of dogmatic controversy. (NS)