The Holy Philemon and his companions 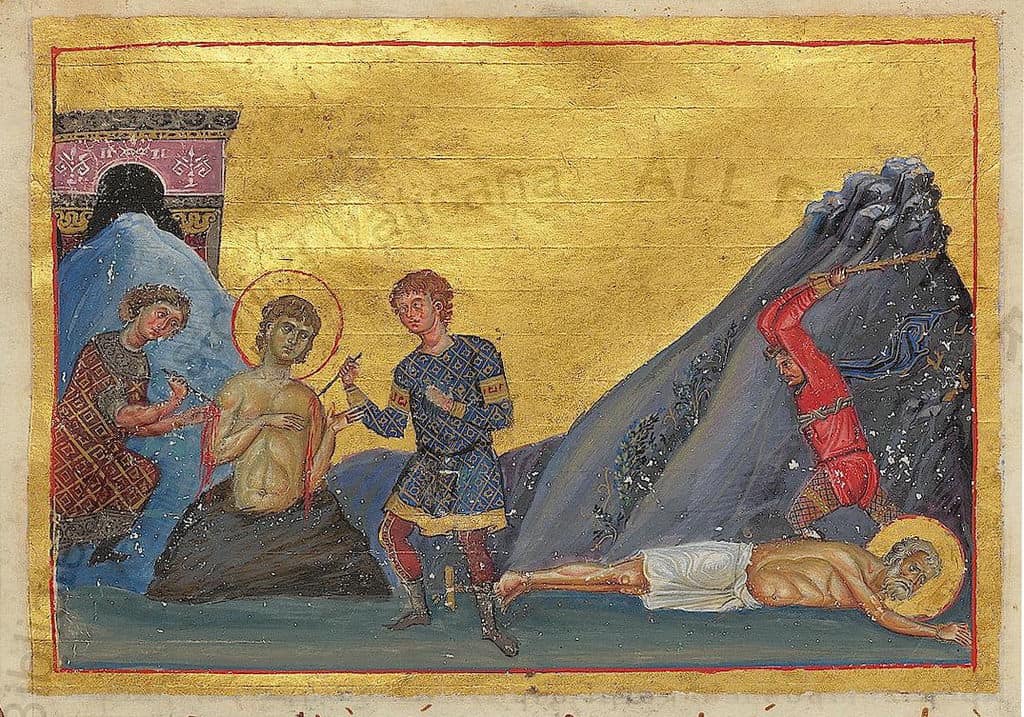 Today the Church commemorates the memory of one Saint Paul’s close collaborators in preaching Savior’s Good News. He was born in Turkey and died in Colossae.

One of Saint Philemon’s biographers writes:

These four Apostles were all disciples of the Apostle Paul, and are mentioned individually in his Epistle to Philemon. In the first verse of this epistle, he writes: “Paul, a prisoner of Christ Jesus, and Timothy our brother, to Philemon our dear friend and fellow worker – also to Apphia our sister and Archippus our fellow soldier — and to the church that meets in your home.”

Philemon was made the Bishop of Gaza by the Apostle Paul. He drove away from the inhabitants the darkness of ignorance and illuminated them with the light of the knowledge of God. Then he and his wife, Apphia, with the Apostle Archippus his son, ministered to the town of Colossae from its Christian center, Philemon’s home. There also they preached the word of truth.

During a pagan feast to the goddess Artemis, the Christians of Colossae had gathered in Philemon’s home for prayer. When the pagans learned of it they became enraged and raided the home and took the Apostles Philemon, Apphia, and Archippus to be killed. The other Christians managed to flee in fear. At first, they were whipped and afterwards they were buried up to their waists and the pagans began to stone them. They then killed Philemon and Apphia by laying them on the ground and beating them with sticks. Archippus they removed from the pit barely alive and left him to the amusement of the children. The children pierced him throughout with knives, and then he was stoned to death.