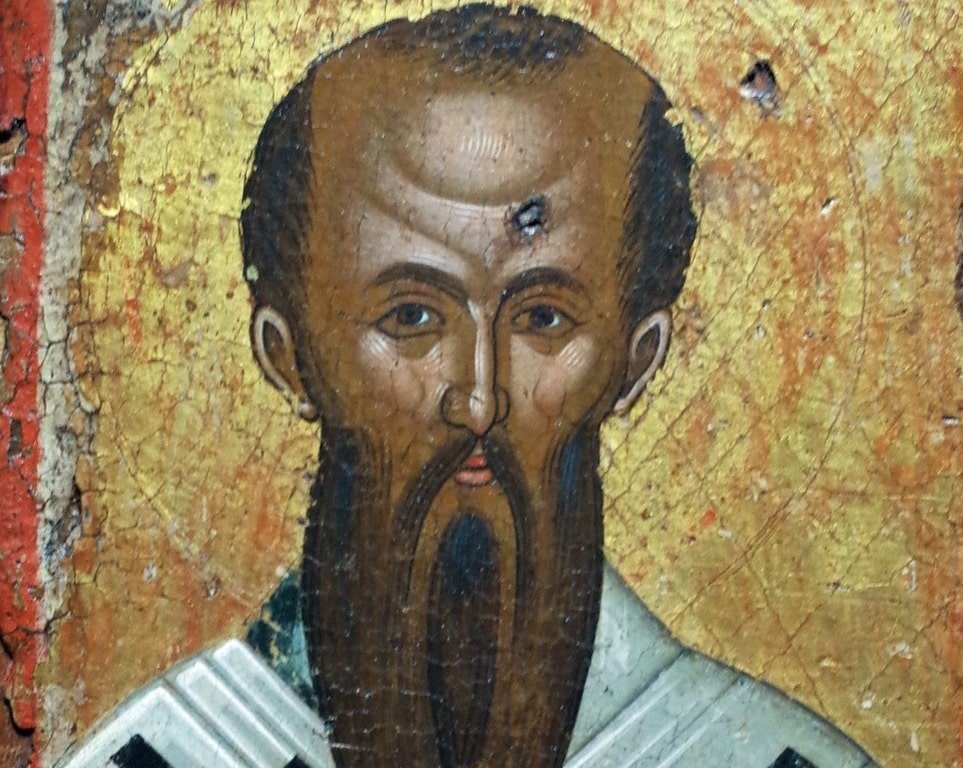 St. Basil fell asleep in the Lord on January 1, 379, and the young age of 49. He is truly called “Great” for in his short life the light of Christ shone through him, revealing how a Christian should live – in faith, for he opposed the Arian heresy, and proclaimed the divinity of our Lord, in hope, for he established monasteries looking toward God in spirit, confessing Christ to be “our hope, the image of your (the Father’s) goodness, and the seal bearing your likeness.” (Anaphora of St. Basil) and in love, for he established hospitals and orphanages to house and feed the poor.

In the meantime, he also composed the bulk of the Divine Liturgy anaphora that bears his name, showing a profound understanding of Scripture. Here the incarnation of the Word of God is proclaimed, “Although he (the Father’s Son) is the reflection of your glory and the express image of your person, sustaining all things by his powerful word, he did not deem equality with you, God and Father, something to be grasped; rather, while remaining everlasting God, he appeared on earth and lived among men.” (Anaphora of St. Basil, quoting Hebrews 1:3; Philippians 2:6 and Baruch 3:38)

His whole anaphora is a wondrous weaving together of texts from Scripture giving us a complete profession of God’s salvation story. Hearing this prayer, we must be led to become true Christians, imitating our Lord as much as possible according to our weakness. He was also the author of numerous theological discourses, where he wrote about the mystery of the Incarnation: “The actual, first birth of Christ, his actual birth from all eternity in the bosom of his Father, must be venerated in silence. We should never permit our mind to investigate this mystery. Since time and space did not exist, since no form of expressions had yet been created, since there is not a single eyewitness, nor anyone who can describe this eternal birth, how can reason form any concept for reflection? How can the tongue give expression to thoughts that cannot be formulated? The Father was, and the Son was born! Do not say: “when?” but rather leave that question unasked. Do not ask “how?” for there is not answer! For the word “when” suggests time, and “how” suggests birth in the flesh…God is on earth, he is among men, not in the fire nor amid the sound of trumpets; not in the smoking mountain, or in the darkness, or in the terrible and roaring tempest giving the Law, but manifested in the flesh, the gentle and good One dwells with those he condescends to make his equals! God is in the flesh, not operating from a distance, as did the prophets, but through him human nature, one with ours, he seeks to bring back the whole human race to himself.” (St. Basil the Great “On the Incarnation”)

His Kontakion, therefore, celebrates his memory: “You have appeared as the unshakeable foundation of the Church, leading all mortals to safe pasture in the Lord, and confirming them by your teachings, O venerable Basil, revealer of heavenly mysteries.”