Synaxis for the archangels 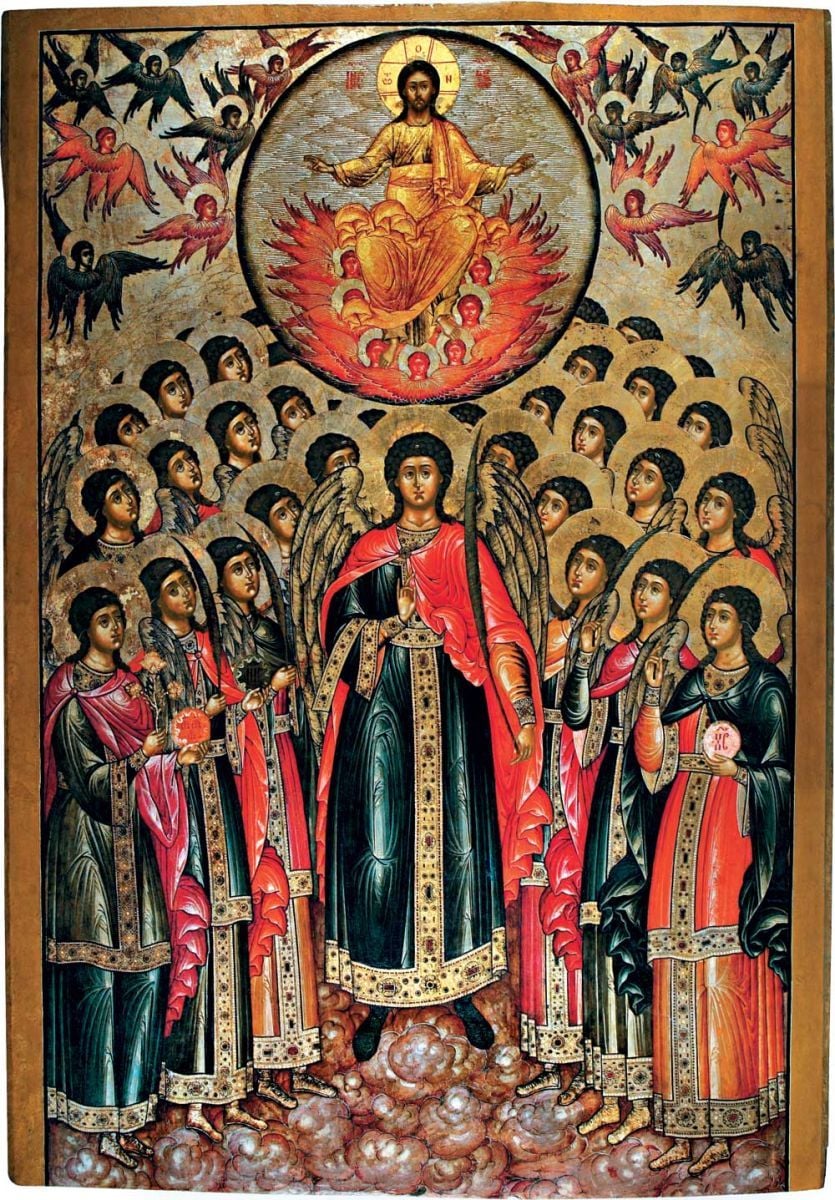 The Church commemorates today the Synaxis for the archangels, Michael and Gabriel, and all the bodiless powers of heaven.

“The role of angels, or spiritual powers, is evident from their appearance in both the old and the new testament. St Paul says: “They are all spirits, whose work is service, sent to help those who will be the heirs of salvation.”

“While the Church honors these divine ministers as guardians and messengers each Monday, today we feast especially Michael and Gabriel. Michael, whose name means “one like God,” was revered in the Old testament. In the book of Revelation he is depicted as the captain of the angelic army” (NS).

James Michael Thompson writes of today’s feast: “The Synaxis of the Chief of the Heavenly Hosts, Archangel Michael and the Other Heavenly Bodiless Powers: Archangels Gabriel, Raphael, Uriel, Selaphiel, Jehudiel, Barachiel, and Jeremiel was established at the beginning of the fourth century at the Council of Laodicea, which met several years before the First Ecumenical Council. The 35th Canon of the Council of Laodicea condemned and denounced as heretical the worship of angels as gods and rulers of the world, but affirmed their proper veneration.

A Feastday was established in November, the ninth month after March (with which the year began in ancient times) since there are Nine Ranks of Angels. The eighth day of the month was chosen for the Synaxis of all the Bodiless Powers of Heaven since the Day of the Dread Last Judgment is called the Eighth Day by the holy Fathers. After the end of this age (characterized by its seven days of Creation) will come the Eighth Day, and then “the Son of Man shall come in His Glory and all the holy Angels with Him” (Mt. 25:31).”

Commanders of the heavenly hosts,
we who are unworthy beseech you,
by your prayers encompass us
beneath the wings of your immaterial glory,
and faithfully preserve us who fall down and cry to you:
“Deliver us from all harm,
for you are the commanders of the powers on high!” –Troparion – Tone 4

We Christians invoke St Michael for protection from invasion by enemies and from civil war, and for the defeat of adversaries on the field of battle. He conquers all spiritual enemies.