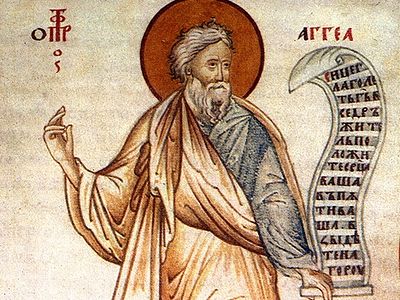 When Darius issued a royal edict allowing exiles to return to their homeland, Haggai was most likely among the Jews who returned to Jerusalem. Work had begun on the reconstruction of the Temple, but soon came to a discouraged halt. Building was resumed only after the exhortations of Haggai began to be heard, followed by those of the prophet Zechariah, in August and September of the year 520 BC.

The prophecy of Haggai is divided into four oracles. They appeal to Zarubbabel, the governor, to Joshua, the high priest, and to all the people to get back to work, for the day of the Lord, when foreign domination will end, is rapidly approaching. Zarubbabel, a successor to King David, is linked to the Lord’s promise of a messiah. (NS)