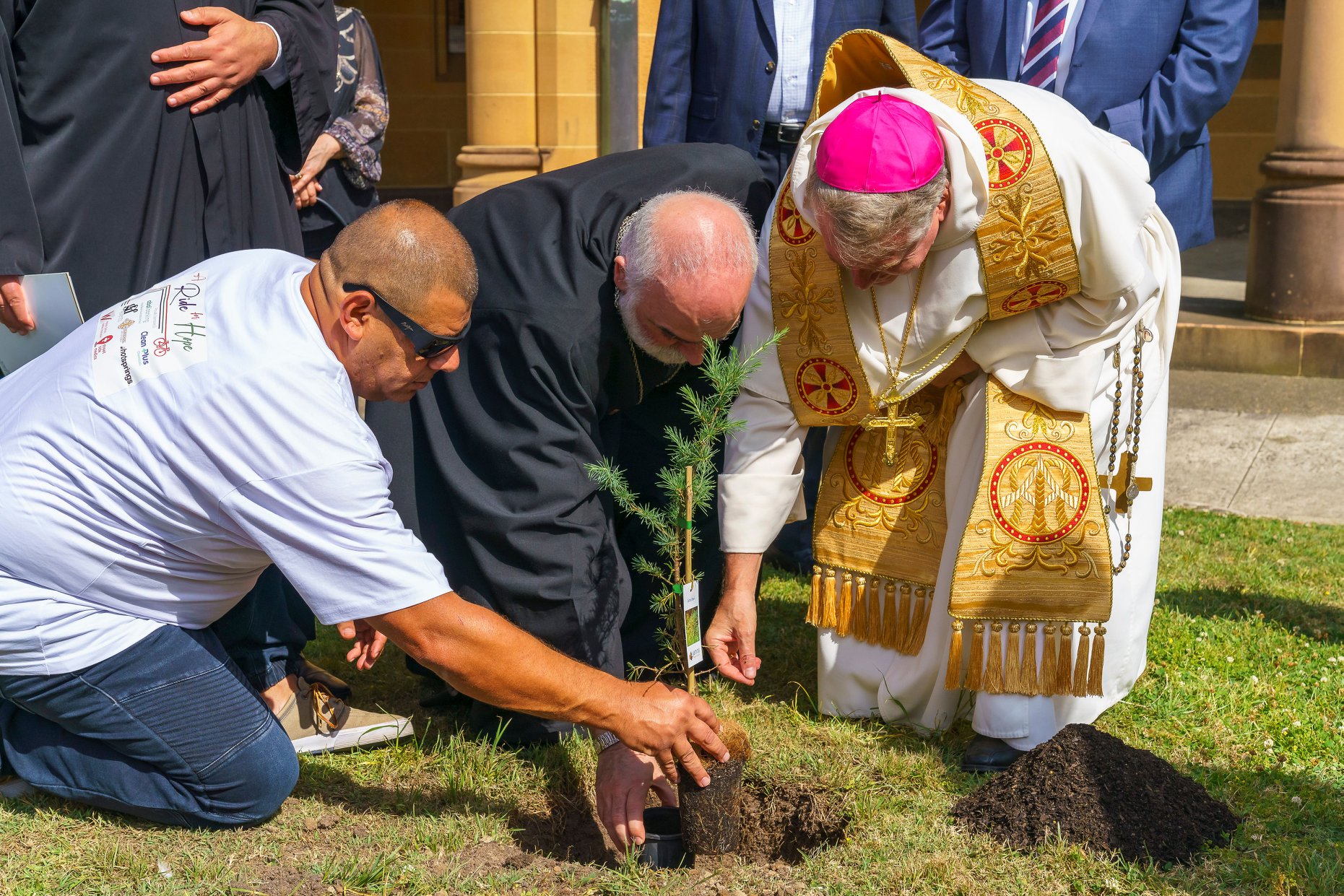 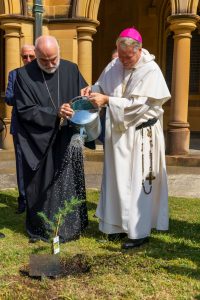 The Latin Archbishop of Sydney, Anthony Fisher, OP, paid tribute to the Melkite Catholic community in Australia who donated a Cedar tree of Lebanon sapling which was planted alongside Bishop Robert Rabbat on the grounds of St Mary’s Cathedral, beside the entrance to the Crypt.

On his Facebook page, Archbishop Fisher wrote: “We came together as fellow Catholics to pray for the victims of the unrest in Beirut in August which killed at least 178 people, left thousands more injured and 300,000 people homeless.

“The cedar tree is a powerful symbol of the special friendship between the two Catholic sister churches which dates back in Australia to the early 1800s and today indeed also marks the 77th anniversary of Lebanon’s independence.

“The Melkite Youth Association, iMelkite, also led a cycling pilgrimage, “A Ride for Hope” from St 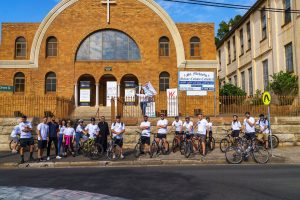 Michael the Archangel Cathedral in Darlington to St Mary’s Cathedral and back this morning to also honour and fundraise to repair student accommodation which was damaged during the unrest in August.

“We very much stand in solidarity with our friends in the Melkite and Maronite churches, especially in their time of need. Through the intercession of Our Lady of Lebanon, let us unite in a prayer for healing after the August attack and for the protection of Lebanon. Our Lady of Lebanon, pray for us!

Archbishop Fisher: Middle Eastern Christians a strength to the Church in Australia