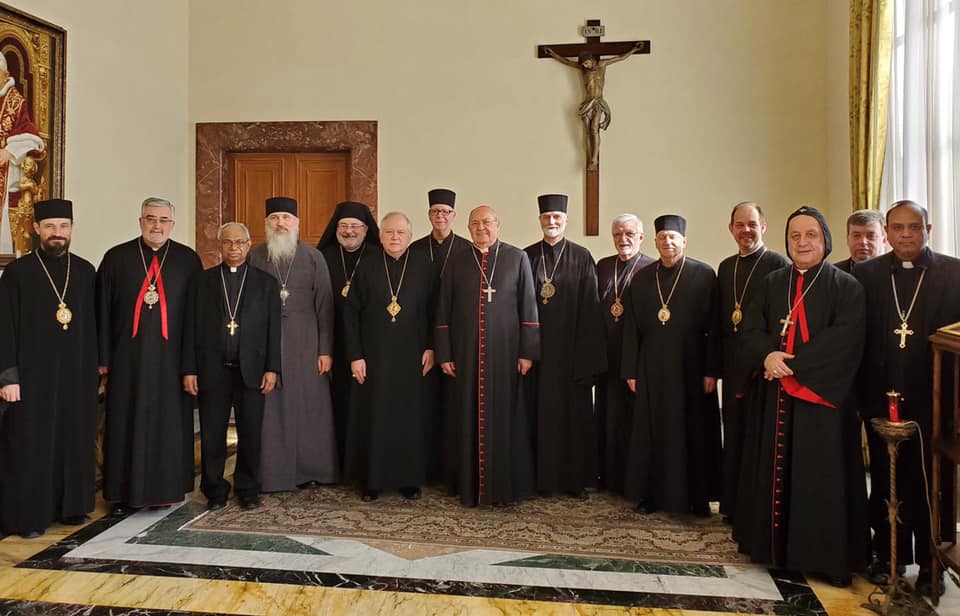 Ad limina apostolorum: “to the threshold of the apostles [of Peter and Paul].” The Ad limina is a pilgrimage of a bishop, who is obliged by church law and custom, to the shrines of Sts. Peter and Paul made every five years. Our own Bishop Nicholas is making the pilgrimage with his brother Eastern bishops this week.

The bishops pray at the major Catholic shrines in Rome, meet with heads of the various offices at the Holy See and meet with the Pope.

Today, the bishops from the Eastern Catholic Churches of the United States met today with Leonardo Cardinal Sandri, Prefect of the Congregation for Eastern Churches.

While the above mentioned jurisdictions noted above all have parishes here in CT, you will note that when someone asks how many Catholic dioceses are centered in CT you will say FOUR –3 Latin and 1 Byzantine: Hartford, Bridgeport and Norwich and the Eparchy of Stamford. AND we know that CT has two venerable Melkite parishes, both named to honor St. Ann: Waterford and Danbury.