The Harrowing of Hell, a poem 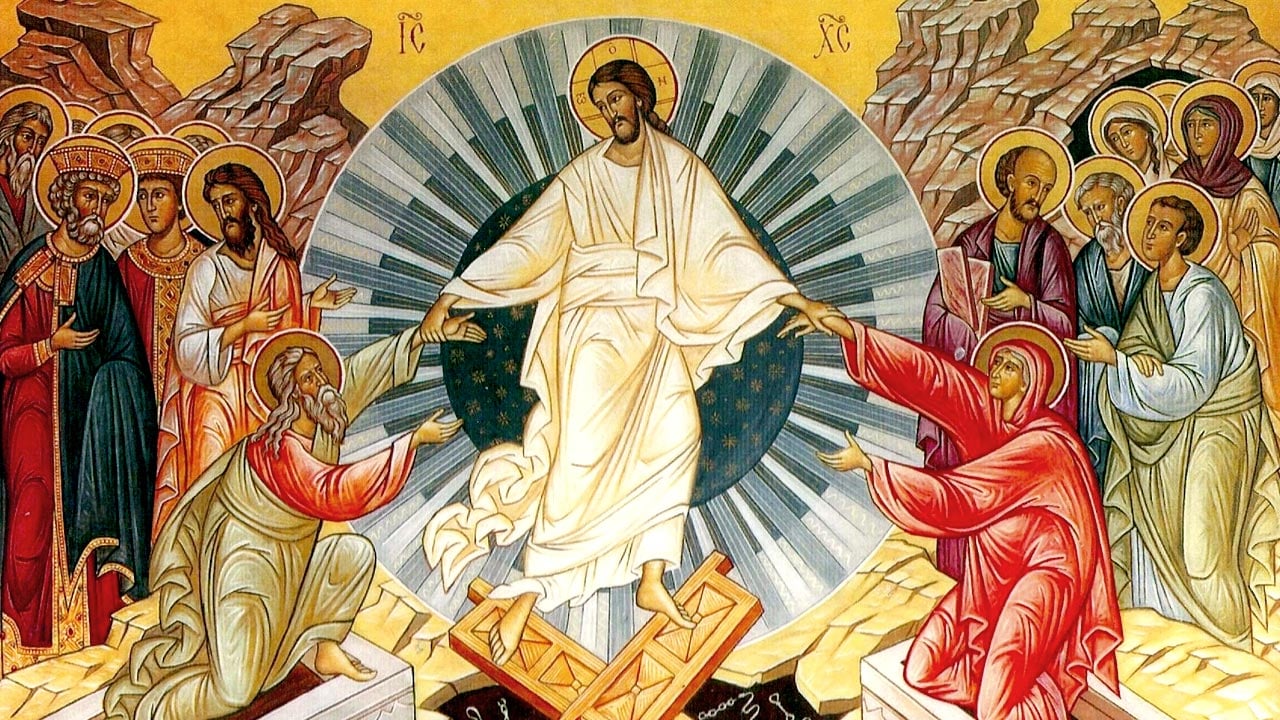 He went down the first step.
His lantern shone like the morning star.
Down and round he went
Clothed in his five wounds.

Solomon whose coat was like daffodils
Came out of the shadows.

He kissed Wisdom there, on the second step.
The boy whose mouth had been filled with harp-songs,
The shepherd king
Gave, on the third step, his purest cry.

At the root of the Tree of Man, an urn
With dust of apple-blossom.
Joseph, harvest-dreamer, counsellor of pharaohs
Stood on the fourth step.

He blessed the lingering Bread of Life.
He who had wrestled with an angel,
The third of the chosen,
Hailed the King of Angels on the fifth step.

Abel with his flutes and fleeces
Who bore the first wound
Came to the sixth step with his pastorals.

On the seventh step down
The tall primal dust
Turned with a cry from digging and delving.
Tomorrow the Son of Man will walk in a garden.